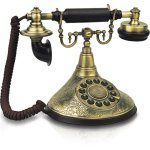 We have advanced a great deal in a very short period of time. I remember rotary phones, only having 4 or 5 TV channels, and our remote control was me. Of course we had washing machines and dryers, dish washers, and a lot of conveniences that were not available when my grandparents were children…just nothing like what we have now. If I have a question, I can Google it  If I want news, I can go to a number of resources ‘online’ such as Twitter, Facebook, or the local news’ website. Pretty much anything happening, just about any place in the world, will show up some how, some where, but is this a good thing? My personal opinion is yes and no. Clear as mud, right? Let me explain. I feel it is a good thing, because we have access to more information, more events, and more experiences than ever before. However, the reason I feel it isn’t so great is because so much of it is presented as fact, when actually it is just someone’s opinion or a partial truth. Often times the action/wording is taken out of context, and paints an unrealistic picture of what took place. Another way that I feel our advancing technology isn’t so great, is that many of us are getting lazy, and we are not challenging ourselves to the extent that we once had to.

When I was a child, I could memorize phone numbers, addresses, and other forms of information, easily. How? I had to. You wrote someone’s information in your phone book, but you didn’t carry it everywhere with you, you had to learn it. You couldn’t do a ‘quick search’ on the computer every time you needed information, you had to learn it, and utilize it all on your own. One of the other things I remember from my youth was actual news reporters. They were not pundits, or people paid to give their opinion on a subject, they were people who wanted the truth to come out, not just for the sake of a story, but because the story was newsworthy.  I’m not sure we even know what it means for something to be ‘newsworthy’ anymore, because so much is out there and sensationalism is the norm.

My grandchildren will never know what it was like to rush home from school, get your

chores and homework completed, just so you could watch your favorite TV show, because if you missed it, you missed it. There were no VCRs, DVRs, or for that matter, DVDs, to ensure you stayed updated. Several of them will not know what it is like to go outside to play. They spend their time indoors playing video games, checking Facebook, sending emails, and watching TV.

thorns. Is there a way to balance it? I’m not sure there is, at least not on a grand scale, but even if there were, would enough people really want to do anything about it? I think that any sort of balance will have to come from each household and maybe even as granular as each individual. For example, a parent could allot a specific amount of time per day that their child(ren) will have to spend doing mundane things like riding their bicycles, or playing outside with the other kids in the neighborhood. Another example, people could research information before sharing it all over the internet; verify that the information is valid by checking on snopes, seeing if they can find a video of the event and make sure the information hasn’t been taken out of context. Try to read articles on the subject from both sides of the coin, e.g. political article read from both a Democratic and a Republican platform.

Technological advancements, as a whole, are a good thing. I just feel that it is important that we try, as often as possible, to keep perspective on things, and to make sure we have the full story before we go off on a rant. I also feel that it is a good thing to take a break from it, now and then, and use our brains for something more than figuring out how to edit the privacy settings in Facebook. Does this mean I always check something before I go off on a tirade? Nope. More than not, I do make the attempt, but I’m not perfect and I am lazy, I am trying though.