Second time is not always a charm

I went home to Texas this weekend, for jury duty. While I was there, some of my family and I went to see Pitch Perfect 2. Funny, yes, entertaining, yes, better than the first one? Not in my opinion. Don’t get me wrong, the music is good, and the acting is good, I just like the first one better.  I felt that there could have been a little more depth to the story itself; I will, however, probably watch this one multiple times, just not as much as I watch the first one.

I have been reading mixed reviews, and although I haven’t read anything that was just down right horrible, I have seen a few things that I thought were  more strongly worded than I agreed with. I didn’t think the movie fell ‘flat’, I think our expectations were too high. Typically, albeit not always, sequels are rarely as good as the originals. Granted, some of them were totally unnecessary, and just should never have been put out there; watching them makes it painfully obvious that someone is just trying to cash in on the success of the original.

I didn’t feel that was the case here. There were a few painful moments, ones where I just wasn’t sure what the point was, other than just being filler, but it did give some closure – just not as much as I would have liked. 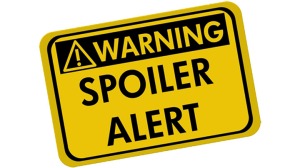 From this point forward, I may give away some parts of the movie, so please do not read any further if you have not seen the movie.

Are you sure you want to continue reading? Ok 🙂

Here are just a few of my notes regarding PP2

In the original movie, towards the end, there is a dialogue that takes place between Aubrey Posen,  and two other Bellas, Jessica and Ashley.

“…and Jessica and Ashley, it is like you haven’t been here all year long.”

Kind of an odd conversation, but maybe it was a nod to Anchorman, I don’t know**. There is another reference made to Jessica and Ashley during PP2 that is just as odd as the first, at least to me.

In both movies, John and Gail, who are the commentators for the ICCAs, deliver some funny, but oh so wrong, lines. Some people may have found the ones in PP2 a little more offensive than before, personally I thought it pretty much stuck with his character.

I won’t go through anymore, or I will be here all day. I will just leave you with a few fun links and the PP2 Trailer.